The Complete Guide to the Justicia Brandegeeana (Shrimp Plant)

How to Grow and Care for White Spirea: Ultimate Guide 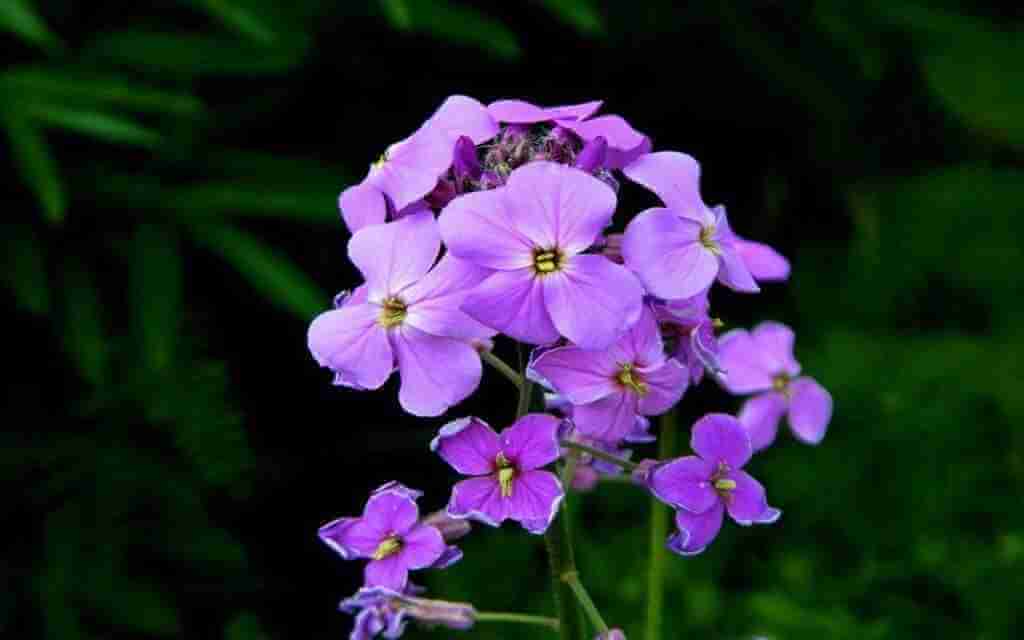 How to Successfully Grow Dames Rocket

Dame’s Rocket (Hesperis matronalis) is a member of the Brassicaceae family of plants. It goes by or is commonly referred to by several names, including dame’s rocket, dame’s-violet, damask violet, queen’s gilliflower, rogue’s gilliflower, summer lilac, sweet rocket, and many more. The common name, Hesperis, is derived from the Greek word Hesperus, which means “evening”. The word matronalis, is Latin for “of a married woman”. Within the family of Brassicaceae includes arugula, broccoli, and mustard. 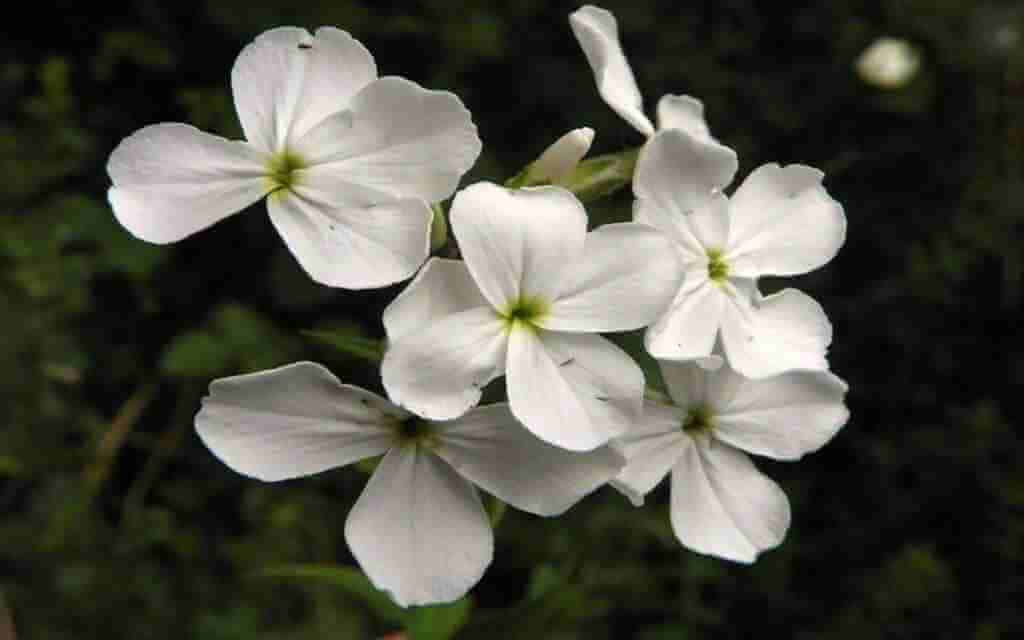 Dame’s rocket is native to Europe, it was first introduced to North America in the 1600s as an ornamental plant. Its choice of soil is moist, well-drained loamy soil. It does tolerate some shade but, thrives in full sunlight. This plant tolerates soils with high alkalinity. It flourishes and can be mostly found in moist woodlands, woodland edges, wetlands, old fields, and open areas, roadsides, waste ground, thickets, and open areas, along roadsides.

Dame’s Rocket (Hesperis matronalis) grows to about 2-3ft in length, with several standing and hairy stems. The first year of growth is usually marked by lots of foliage on the plant. This plant has an eye-catching bloom in early to mid-spring which growers will normally do in the second year of plantation. Dame’s Rocket would typically take two years to grow from seed to fruition and to its death. In some of the variety of this plant, its life can be short-lived. 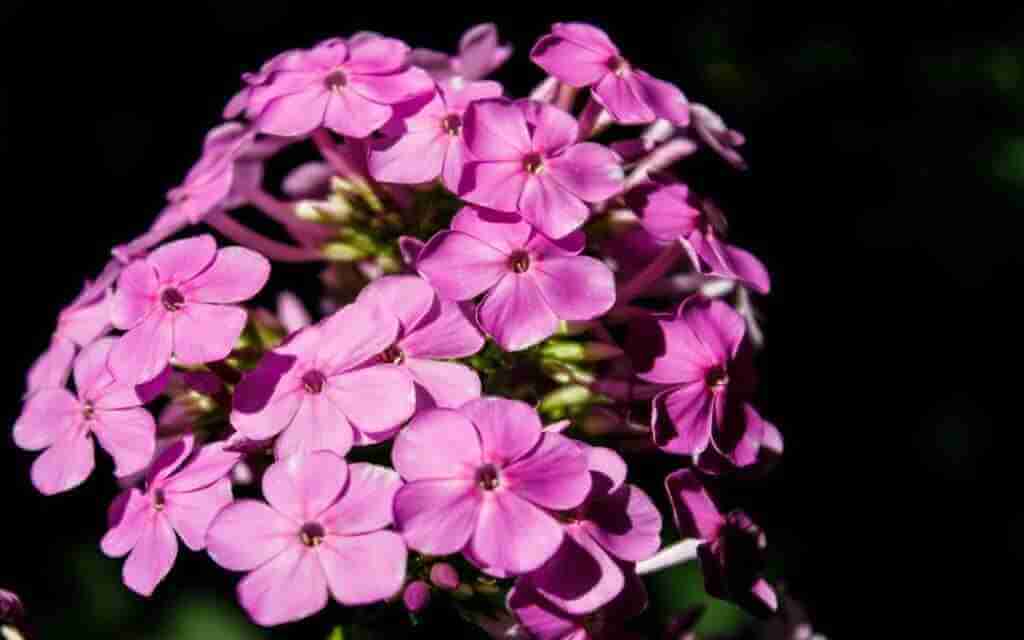 Flowering on Dame’s Rocket coloring differs widely. For example, in its cultivated forms, white, pink, and mixed colors are more prevalent. However, different shades of lavender and purple are the most common form. Double-flowered varieties can also be found in some instances. Unfortunately, this plant has a reputation for being an overly aggressive grower, it will compete with native plants for nutrients hence, it may threaten the natural ecosystems wherever it is found. Dames Rocket is classified as invasive in many areas, in the Midwestern and Northeastern parts of the United States. It is known to be vigorous in its spread, as a result, cultivation of this plant is against the law in some states, including Colorado, Connecticut, Massachusetts, New Hampshire, and Wisconsin.

This plant is very aggressive in how it spreads hence, it thrives with little or no intervention from its growers. Minimize its seed drop if your goal is to curtail its spread to other areas. You can accomplish this by trimming and cutting many of its stems down to the base of the plant. Dames rocket requires minimal maintenance therefore, ensure your maintenance schedule such as watering is set to about once a week during periods of drought. Keep weeds and other invasive plants at bay as they may compete for nutrients and sunlight.

Dame’s rocket has been known to induce sweating, promote urination, and loosen a cough. These are not science-backed claims, however, Its leaves are a rich source of vitamin C. It has also been used in the past to prevent scurvy.

Some Europeans have traditionally indulged in eating young dame’s rocket leaves in their salads. The plant has a bitter spicy tang as this plant is related to its widely known cousin arugula. However, the taste and its spiciness haven’t stopped its popularity and as a food source in Europe. The sprouted seeds from the Dames rocket are also edible and can be used in a variety of food settings. 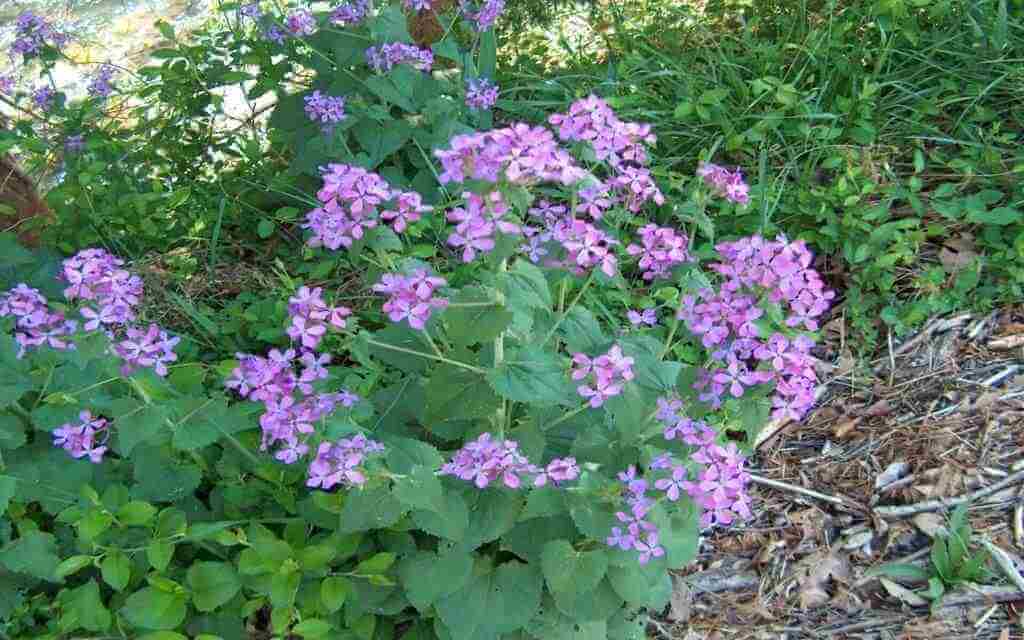 Fortunately for growers, Dames rocket is not vulnerable to many diseases and pests. In rear instances, it’s been known to be consumed by flea beetles that feed on its leaves and, as a result, leave the plant punctured with holes. The best defense against insecticidal activity would be Pyrethrins. It falls in a class of organic compounds normally derived from Chrysanthemum cinerariifolium. It targets the nervous systems of insects, and as a result, it would be effective in controlling and eradicating flea beetles. Slugs and snails have also been known to feed on plant tissue during wet weather. Also, humid and rainy weather may promote the growth and spread of fungal diseases as a result, causing the foliage to look at though it has been dusted with flour.

It may be necessary to remove affected foliage and/or treat it with a fungicide. Insects such as caterpillars enjoy Dames rocket as a food source. Nectar from its flowers is also a source of food for a variety of insects including butterflies, moths, and bees. Hummingbirds love its nectar.