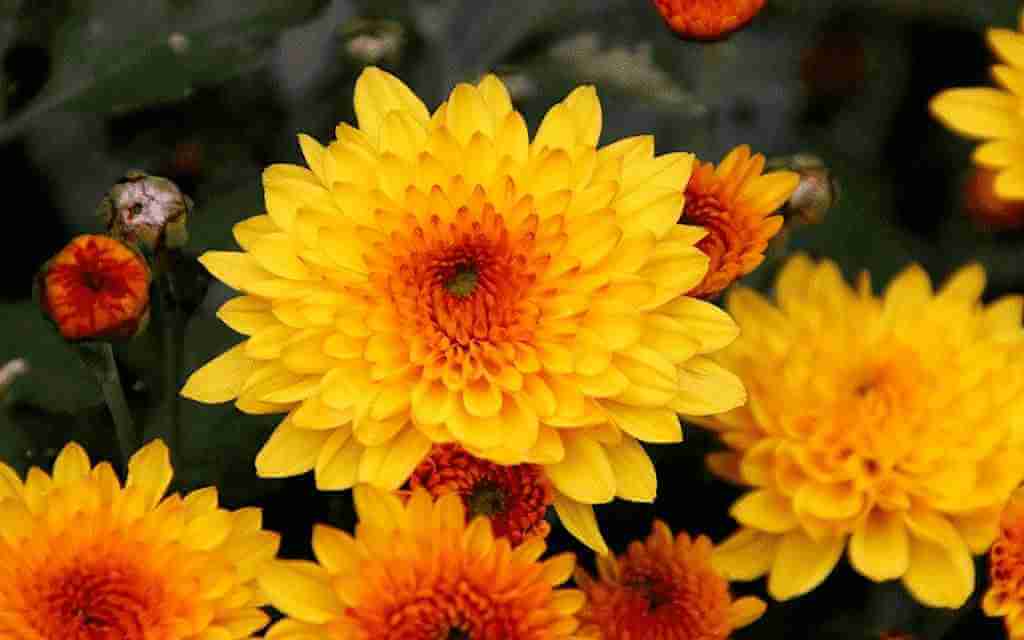 Chrysanthemum is a flowering plant in the genus Chrysanthemum. It has long been used in traditional Chinese and Japanese herbal medicine. Chrysanthemums, also known as mums, are flowering plants often grown as garden flowers. The name comes from the Greek word “chrysanthemum,” which means “golden flower.” They come in various colors and can create many different types of arrangements. They can also be grown indoors. Some people believe that the Chrysanthemum has special powers, such as warding evil spirits and bringing good luck. It is often used in Japan during the New Year celebrations because it brings prosperity and longevity to those who eat or drink it on New Year’s Day. In China, they are thought to bring happiness and joy. 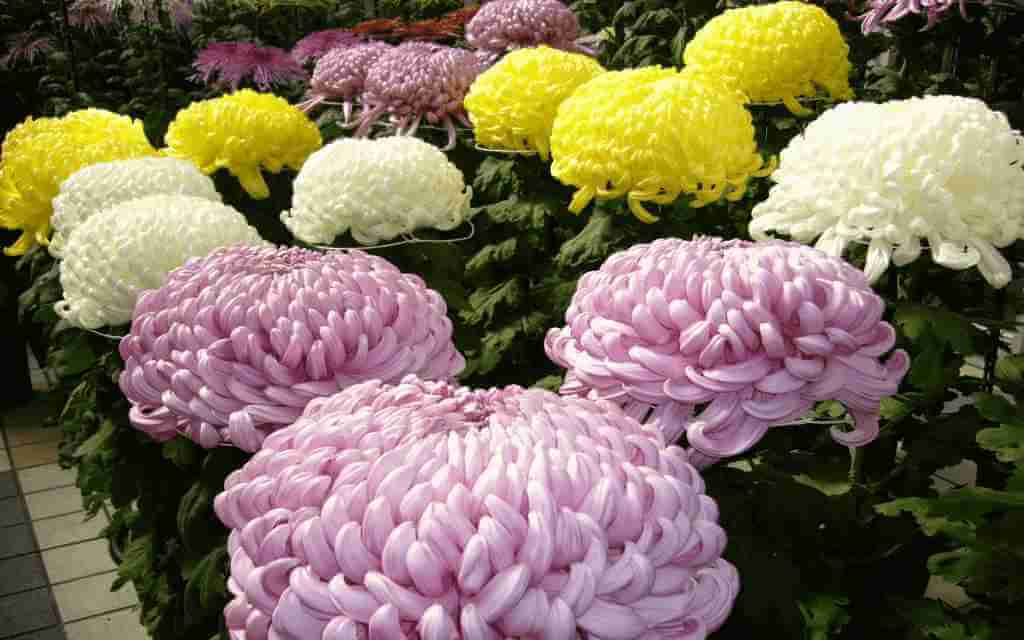 Understanding the History and Meaning of Chrysanthemums

The Chrysanthemum is said to be one of the oldest flowers in the world, with records of its use as a decorative flower dating back to the 13th century BCE. It has many meanings and symbols attached to it. It is often used as a symbol of longevity and good luck. It can also represent love, purity, and virtue. It is believed that the Chrysanthemum was first brought to Europe in 1699 by the Dutch East India Company, which saw them growing in Japan. However, the flowers were used initially as decoration only. It was not until 1778 that they became popular with the British aristocracy, who gave them to their servants during Christmas or New Year’s Day celebrations.

The chrysanthemum plant is a perennial that typically grows about 6 inches (15.24 centimeters) tall and has deep green, lobed leaves. The plant’s flowers can come in many different colors, but the most common are white or shades of yellow with a yellow center. They are indoor plants and should not be grown outdoors in regions with cold winters. They require regular watering to thrive and should not be watered too often because they do not have a long root system, leading to overwatering and root rot. Taking care of chrysanthemums is not that difficult. You need to water them weekly and make sure they get enough sunlight.

Chrysanthemums are beautiful flowers that can be used to decorate your home or garden during the fall season. 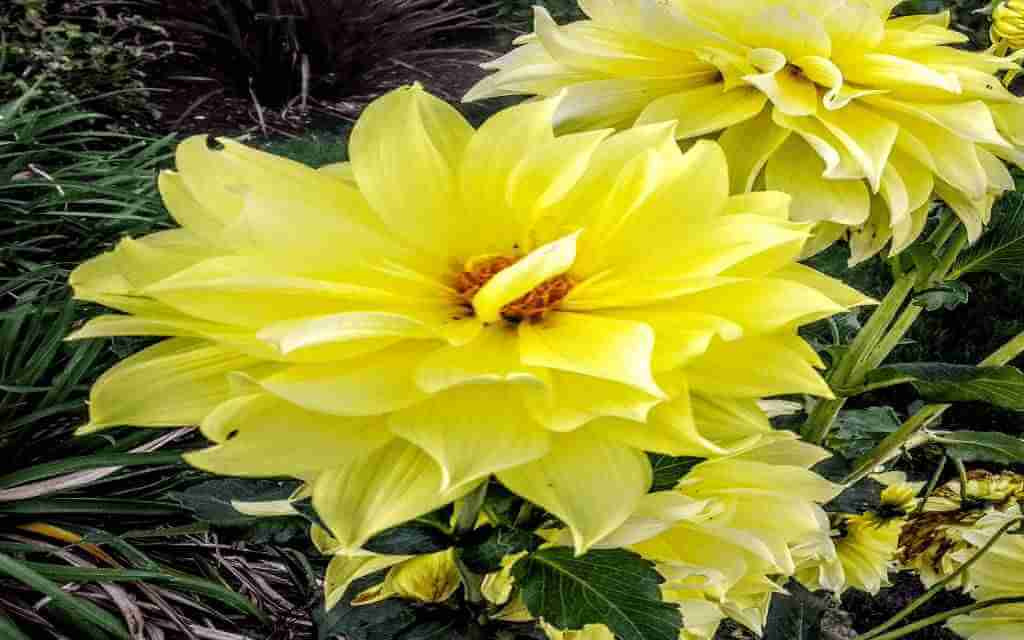 Chrysanthemums are a popular cut flower and can be used in many ways.

Chrysanthemums are a type of flower that is easy to grow. They come in all sorts of shapes, colors, and sizes.

The most common types of chrysanthemums are:

Spider Chrysanthemum: Spider chrysanthemums are a type of flower with leaves that grow up around the plant’s stalk. These leaves provide a unique type of cover for the bud and protect it from outside sources of damage. 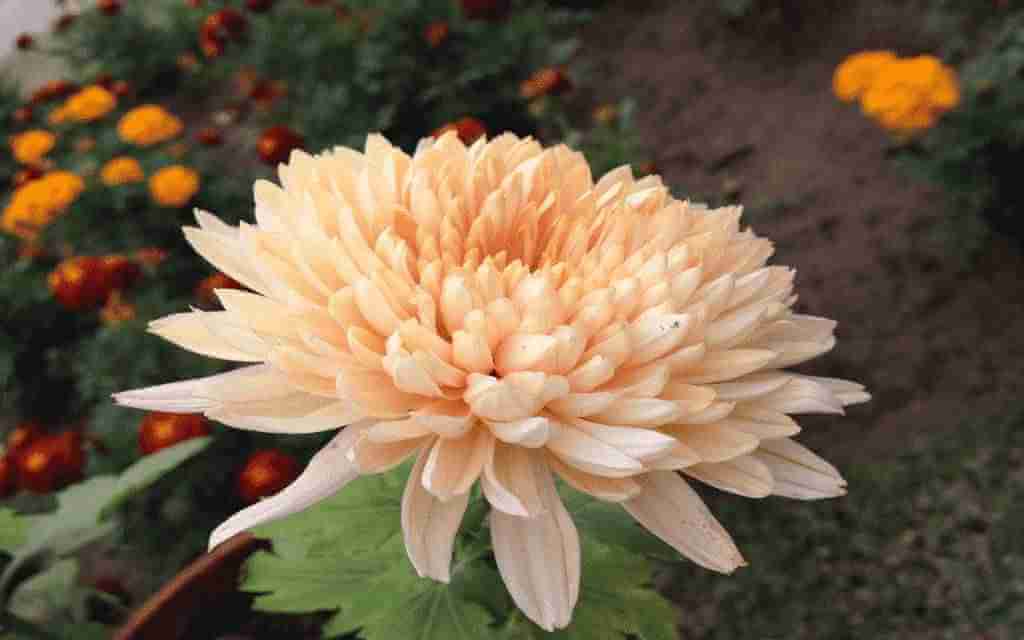 Care for Your Chrysanthemum

The chrysanthemums plant is a flowering perennial that can be grown in many types of climates. It is a popular choice for gardens because it produces beautiful flowers and interesting shapes. It can be used to create a focal point in any garden or landscape. However, Chrysanthemum needs to be cared for properly to keep its beautiful appearance. Chrysanthemums need to be watered every day, or they will wilt and die. They also need plenty of light and should not be placed in a dark area. Chrysanthemums should be watered every day if they are outside of their pot. If they are in a pot, the soil should be moist but not wet.

After the flowering period has ended in the fall, cuttings of chrysanthemums can be quickly grown. 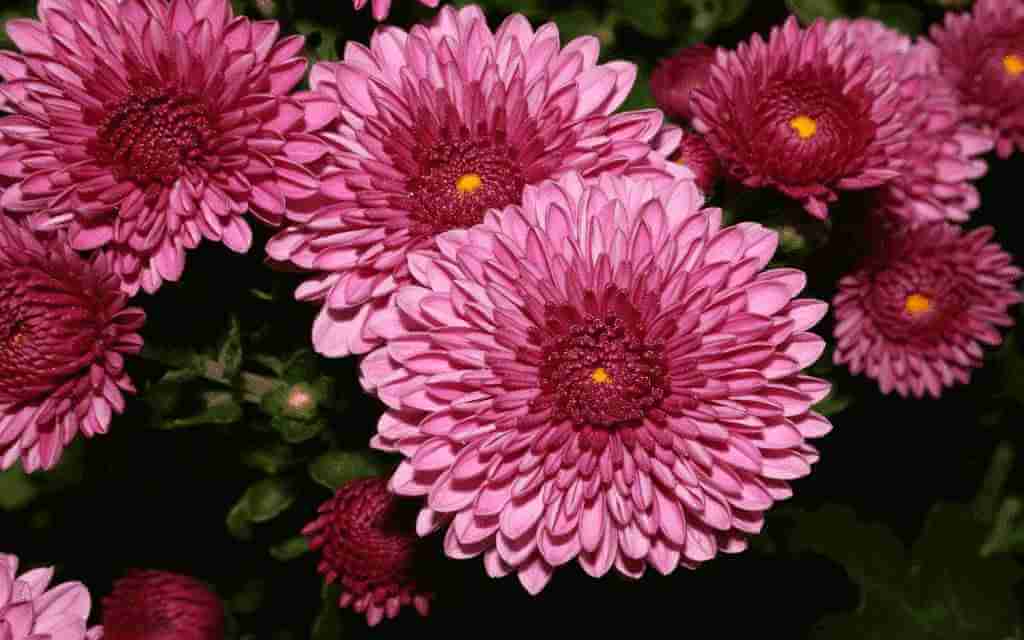 Mums are generally simple to cultivate and care for, although they may become infected with illnesses or pests. Plants may be kept healthy with proper care. Avoid overwatering and allowing the leaves to become moist. Aphids, spider mites, and Chrysanthemum leafminers are all prevalent pests. Pesticides may be essential to control insect populations.

Leaf spot creates spots on the leaves, which ultimately wither and die due to the infection. Rust generates pale patches on the leave tops and dusty orange on the underside. Finally, powdery mildew causes the plant to develop white or gray. These are all fungal infections that may be treated by removing diseased plant sections and administering a fungicide tailored to the problem.

Aphids and leafhoppers can spread viral illnesses, including mosaic and chrysanthemum smut viruses. Symptoms include stunted or spindly growth and tiny blooms. Yellow, speckled, or with ring marks or lines, the leaves can be found. Infected plants should be eliminated since they are not curable.

What You Will Require

Although the rooting hormone isn’t always necessary, it can help with root formation. Sprinkle a tiny amount of powdered hormone on waxed paper to use. Before planting, roll the bottom 1 inch of the cutting in the powder, then plant as recommended. Throw away any powder that hasn’t been utilized. There are other liquids rooting hormones on the market.

Because pinching the developing ends of chrysanthemums equally distributes moisture and nutrients throughout the plant, the result is a large, bushy plant with numerous blooms. Start pinching as soon as the cutting roots appear, taking about 1/2 inch from each shoot’s tip. Pinch the tips every two weeks till the middle of summer. 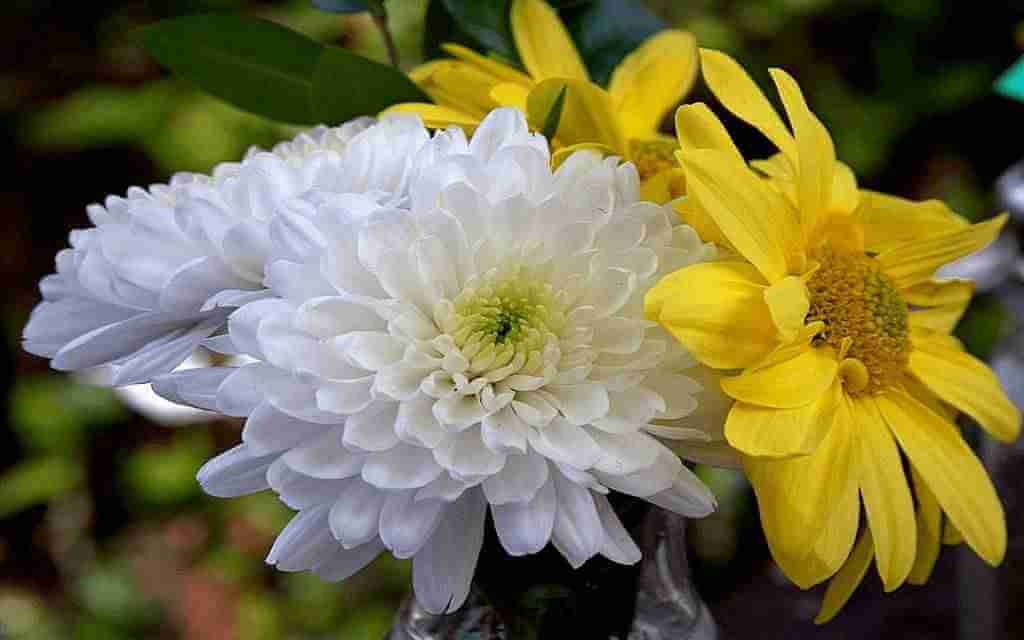 Chrysanthemums in the Home & Garden

Chrysanthemums are beautiful flowers that can be found in many gardens. They are also popular for their use in floral arrangements, as well as for their medicinal properties.

If you want to grow your chrysanthemums, you will need to know the best time to plant them and where you can buy them. You will also need to know how long they take to grow and what type of soil is best for them.

Chrysanthemum and their Culinary & Medicinal Uses

The Chrysanthemum is a common and well-known flower, but it has many other culinary and medicinal uses. In Japan, it is often used in their cooking, as they believe that it has a lightening effect on food. In Korea, the leaves are used to make kimchi because they are high in antioxidants. It can also be used to make tea or as a medicinal herb for stomach ailments such as indigestion and heartburn. In addition, they can be used for garnish, salads, and even as a main dish. The most common culinary use for these flowers is to slice them up and add them to salads or garnish dishes. 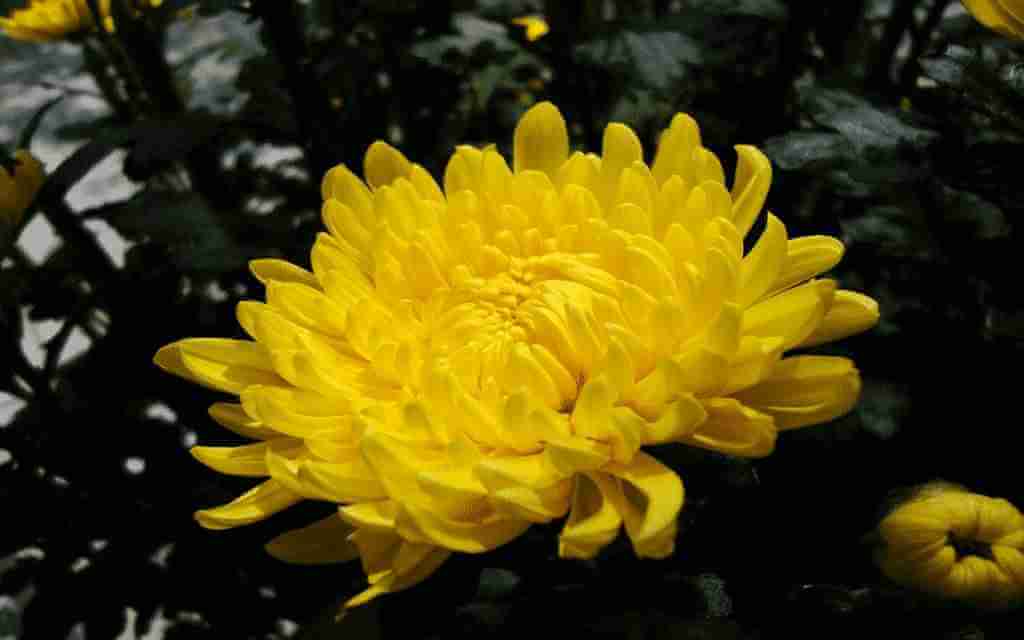 What are the Health Benefits of Chrysanthemum?

Chrysanthemum has been used medicinally for centuries. They have been shown to have many health benefits and are often used as a home remedy for seasonal allergies, sinus problems, and colds.

Are chrysanthemums the flower of death?

Chrysanthemums are often associated with death, especially in Japan, called mum. They are considered the flower of death because they bloom in the fall and winter months.

In Japan, there is a custom of giving a chrysanthemum to someone who has died. It is also customary for mourners to hold a chrysanthemum as they walk from the funeral home to the cemetery. The chrysanthemum plant is also associated with death because it blooms in the fall and dies in the winter months when other plants are dormant. Despite these misconceptions, they are not the flower of death it’s a common myth that they are associated with funerals and death.

This flower has a long history of being associated with death and funerals, but this is not true at all.

What do chrysanthemums symbolize?

Chrysanthemums are among the most popular flowers for celebrations like Thanksgiving and Christmas. They are also used in funerals and as a symbol of love.

The word Chrysanthemum is derived from the Greek words “chrysos,” meaning “gold,” and “anthemon,” meaning “flower.” They are among the most popular flowers for Thanksgiving, Christmas, and weddings. They are also used in funerals as a symbol of love.

Sun and shade are two different conditions that need to be considered when growing Chrysanthemum. Chrysanthemums like sunshine, but too much sun especially during the extreme heat of summer will cause the plant to wilt and eventually die. Too much sun will make them too hot and cause them to wilt. This is why they should be grown in the shade if there is not enough shade for them on their own.

Why do chrysanthemums symbolize death?

The chrysanthemum plant has been used to symbolize death since at least the sixteenth century. It is not clear why this particular flower was chosen to represent death, but several theories have arisen over time. One of them is that it was because the flower’s name in Greek translates to “golden flowers,” which could be seen as meaning “the end of all things golden” or “death.” Another theory suggests that the petals look like drops of blood when they fall from the plant. They are also often seen as a symbol of death because they wither and die after a few days of flowering. When this plant was first introduced to England in the Victorian era, they were considered a symbol of death because of their short lifespan. It is also associated with the Greek goddess Persephone who was abducted and taken to the underworld by Hades.

It is clear that this plant has several medicinal purposes. Chrysanthemums are used in herbal remedies for several conditions and can be taken internally or applied externally as a poultice. It is also used to make teas and tinctures.