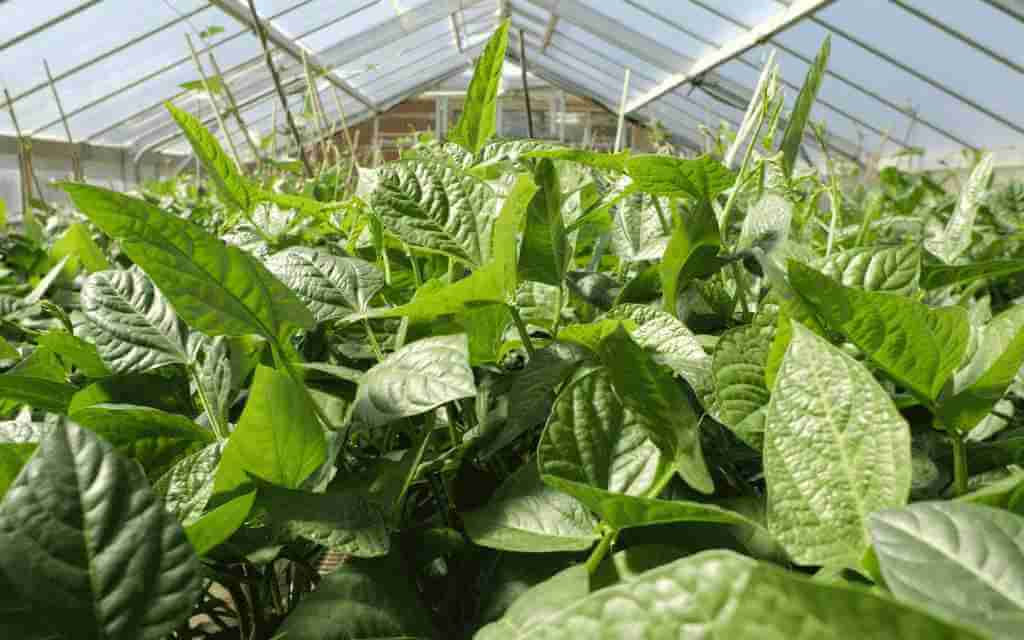 Black-Eyed Pea Plants are legumes that belong to the Fabaceae family; they are also known as cowpeas, Texas peas, and field peas. They are predominantly grown in the Southern United States, Central America, and Africa. They are used mainly for human consumption and can be used in a variety of food dishes, such as soups and stews but can also be used to feed livestock. This plant thrives in hot, dry climates and they do provide excellent source of protein.

The black-eyed pea plant is one of the most important legumes in the world. It is consumed by more than 150 million people worldwide and yields a crop that many rely on for their livelihoods. It was first domesticated in West Africa, and its history can be traced back to the ancient Egyptians who cultivated it as a food source. Cultivation of this legume spread from Africa to Asia, Central America, and Europe, becoming an essential part of local diets.

They are also called cowpeas and are known to be a good source of protein. They have been cultivated in the Southern United States for many years. Black-eyed peas have been found in archaeological sites dating back to 1000 BC. They have also been used in Africa and parts of the Caribbean for thousands of years.

Black-eyed Peas are a perennial herb that grows in a vine-like fashion. Its leaves are oval-shaped and green. It grows yellow or purple flowers depending on the variety. The flowers are attractive and are used to attract pollinators such as bees.

Let’s discuss the habitat and range of the Black-eyed Pea Plant. The Black-eyed Pea Plant grows in many different soil types, from dry, sandy areas to clay soil. It also grows in areas with a lot of moisture but not enough water to grow extensive vegetation. It grows in areas with a lot of sunlight and can grow in hot, dry climates. It can also grow in the shade.

Black-eyed peas are one of the most popular vegetables; they are a type of legume that is grown for their edible seeds, they are an excellent source of protein, fiber, folate, vitamin B1, and potassium. If you want to plant black-eyed peas in your garden, make sure that the soil is well-drained and has a pH level between 6 and 7.5. The soil should also be nutrient-rich with plenty of organic matter, such as compost or manure, before planting the seeds or seedlings.

How to Grow a Black-Eyed Pea Plant at Home

Black-eyed peas are a legume that can easily be grown at home. They are a cool-season crop, so they grow well in the spring and fall. This plant is not limited to just one variety, so you can plant either the annual or perennial variety depending on what you want to do with it. The seeds must be soaked overnight before planting in a container or pot and then planted at a depth of 1 inch your home environment. The soil should be well-drained and watered regularly throughout the growing season and also ensure that your plant is provided with adequate sunlight by placing it next or on a windowsill for maximum exposure to sunlight.

Do black-eyed peas need a trellis?

Although this may be true, it is not necessary; the Black-eyed Pea Plant is a vine that grows on its own, and you will need to train it to grow in a specific direction. For example, if you have a trellis, you can still grow black-eyed peas on it, but you may need to tie the vines to the trellis. on the other hand, you can grow it in a pot however, you will need to train the plant to grow in a specific direction. If you are planting in a pot, ensure that the pot is at least 2 to 3 inches deep. Soil used in cultivating your plant should be well-drained and has a pH level between 6 and 7.5. It should also be nutrient-rich, with plenty of organic matter added before planting the seeds or seedlings.

What month do you plant black-eyed peas? 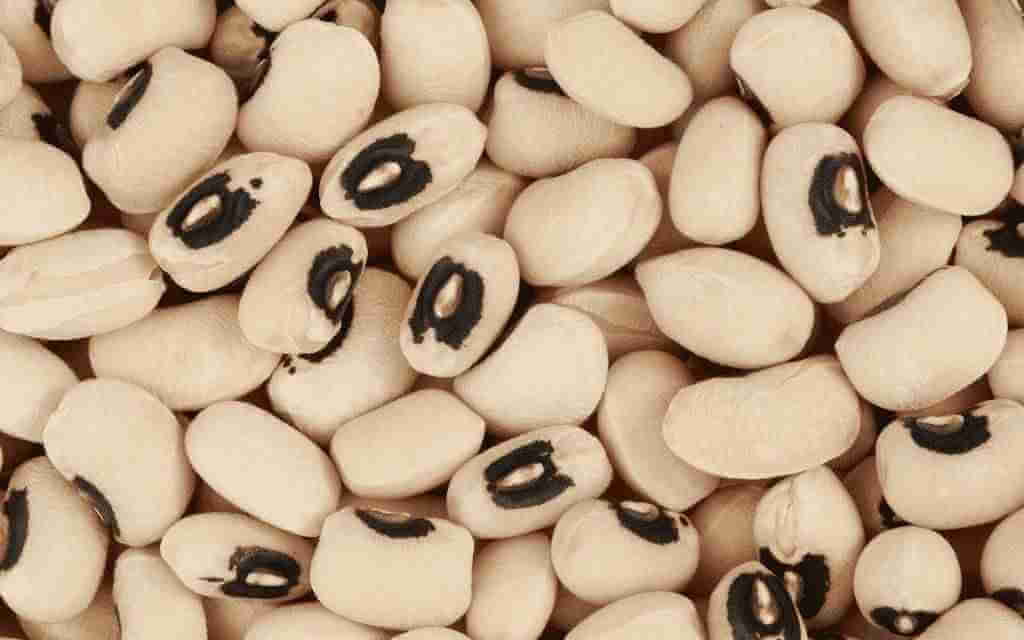 How tall do black-eyed pea plants get?

The average height for black-eyed peas is around 3 feet, but this can vary depending on the soil quality and climate. Black-eyed peas are a type of legume that is popular for their ability to grow well in various climates. This plant grows best when it has at least 6 hours of sunlight per day and plenty of water (about 1 inch per week).

Are black-eyed peas easy to grow?

The black-eyed pea plant is most commonly grown in warm climates but can also be grown in colder climates using greenhouses. They are easy to grow and require very little maintenance, making them an ideal crop for novice gardeners. Black-eyed peas are a good crop for beginner gardeners because they don’t require much maintenance, have high nutritional value, and are not too expensive.

The black-eyed pea plant will produce pods if it is pollinated by another variety of species or by another type of the same genus. They will also self-pollinate, but the pods will contain fewer seeds and may not be as large as those produced from cross-pollination. One of the most important things to consider when growing black-eyed peas is the climate. They can tolerate a wide range of climates, but they do best in warm to hot climates with a lot of sunlight.

The seeds should be planted directly into the soil and watered every day until they sprout, which usually takes about three days. Once they have sprouted, it is essential to stop watering them because they will rot in wet soil. 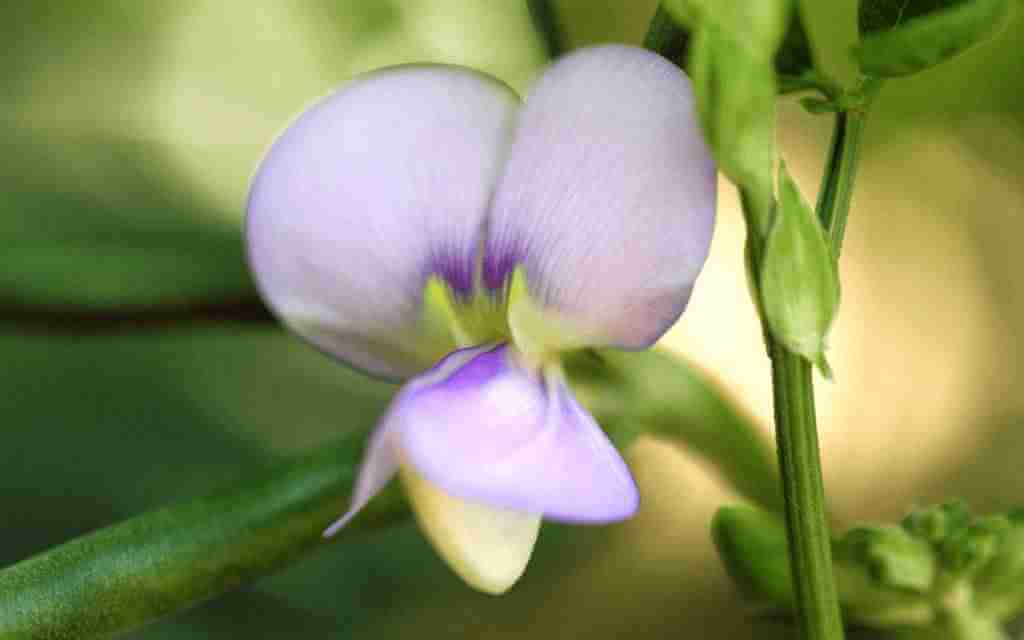 How to grow from Dried Beans or Seeds

The black-eyed pea plants grow best in warm and humid climates; hence they grow better in the southern region of America or warmer areas of the world.

There are many ways to grow black-eyed peas from dried beans, but here are some of the most popular ones:

How to grow black-eyed peas in containers?

Black-eyed peas can be grown in containers or directly in the ground. When planting black-eyed pea plants, make sure to plant them at least 6 inches apart for optimal growth and harvest. They are a good choice for container gardening because they grow well in confined areas and are drought-tolerate. To grow black-eyed peas successfully, you will need to provide the plant with adequate sunlight and water.

The first thing to do is choose a container that can hold at least two gallons of soil. The best type of pot for black-eyed peas is one with drainage holes. Next, fill the container with potting soil, ensuring drainage holes in the bottom of the pot so water can quickly drain out. Next, plant your seeds or seedlings into the soil, ensuring they have enough room to avoid getting crowded or smothered by other plants around them. Finally, keep your plants well-watered and fertilized throughout their life cycle to ensure they stay healthy and produce a lot of peas!

The following are some of the black-eyed pea plant companion plants:

Black-eyed peas plants are relatively pest-free and disease-free. Some insects may attack your black-eyed peas, but they are usually easily controlled. Some of the common pests and diseases that you may encounter include:

What are the Benefits and Drawbacks of Black-Eyed Pea Planting?